Police Chief Newsham spoke with reporters about an incident involving a vehicle striking down two law enforcement officers as well as a traffic control aid in the Adams Morgan area of Washington D.C.. The Police Chief stated that it occurred right before 9PM EST. All parties were taken to local hospitals and one is still in very critical condition.

One woman who claimed to have witnessed the event wrote on Facebook, “While out for ice cream with friends, right in front of us, a guy in that truck drove through a crowd of people, walking, on bikes, and even cops and ended up crashing into a garbage [sic] truck.”

So far, there appears to be no indications that this was a terror attack but we’re sure that the thought was put into the minds of police officers after so many similar attacks have occurred in Europe in recent months. 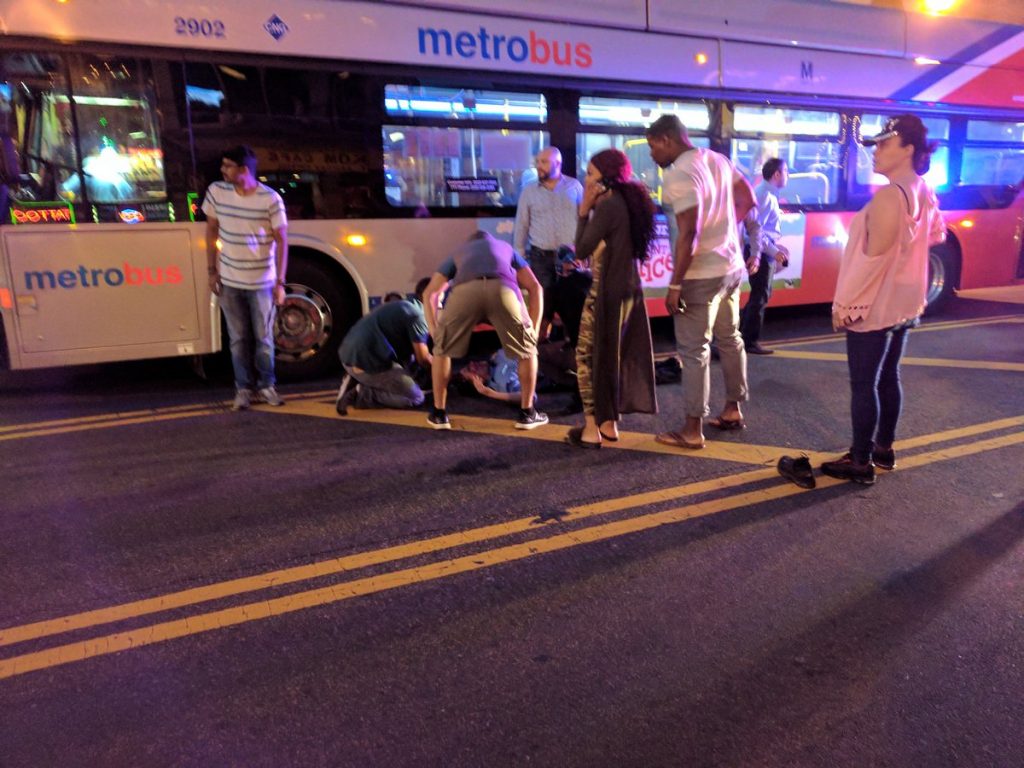