Christie, while speaking with his Nicolle Wallace, that much of what he said had to do with Trump employing what he called “normal New York City conversation”, not fully being aware of those in government might interpret what he’s saying.

Makes sense to me, really. New Yorkers are known for their lingo, right?

“You know, what people don’t understand is that they elected an outsider president,” Christie said. “They elected someone who had never been inside government and quite frankly never interacting with the government except at the local level.” 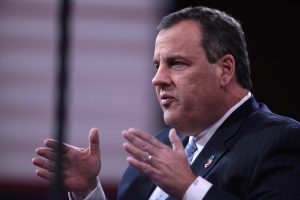 “And so, the idea of the way, the tradition of these agencies is not something that he’s ever been steeped in. And so, here I think over the course of time, and we can talk about different examples, what you’re seeing is a president who is now very publicly learning about the way people react to what he considers to be normal New York City conversation.”