What do you get when you cross a D-list celebrity and a photo session that pisses people off on both sides of the isle? THE END OF A CAREER!

The snowball is in full effect on Kathy Griffin. ADT pulled their advertising from CNN for refusing to cancel her appearance for News Years Eve.

CNN, of course, canceled her.

CNN has terminated our agreement with Kathy Griffin to appear on our New Year's Eve program.

This is by no means the end, Lol…

The Clinton’s aren’t even backing her on this one. 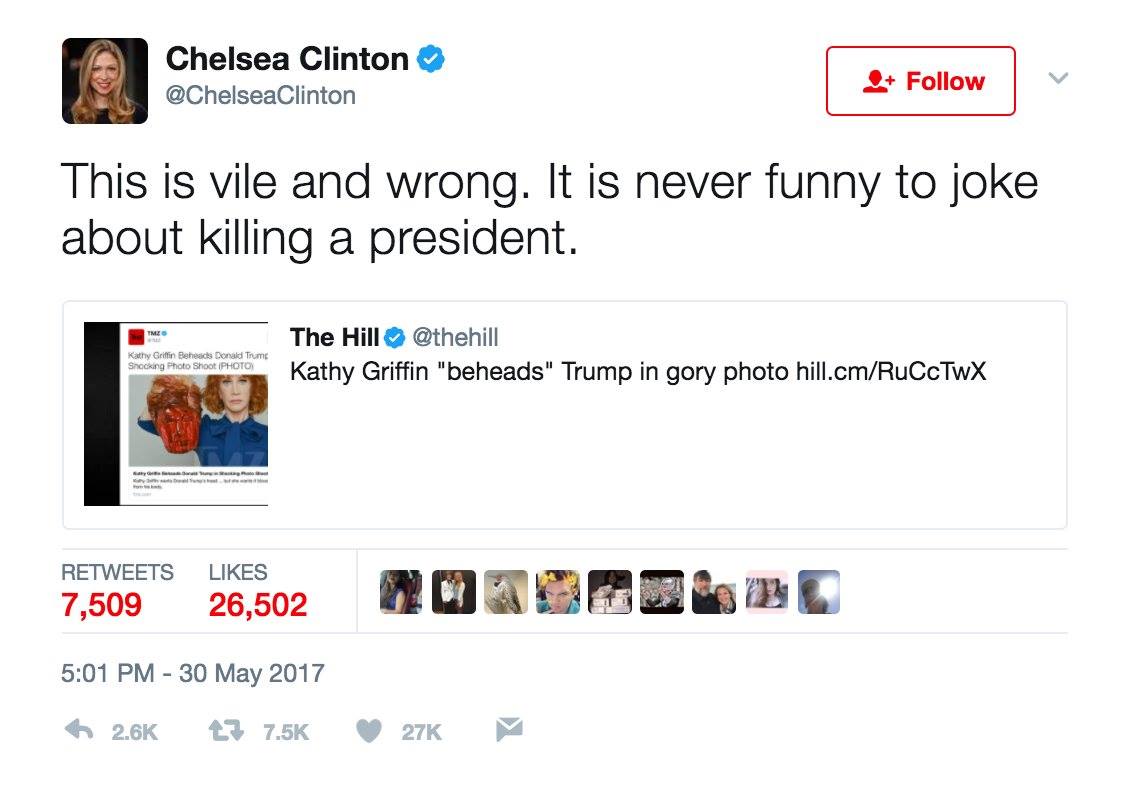 Squatty Potty recently tapped Griffin to be the star of a new ad campaign, according to a company news release.

CEO Bobby Edwards issued a statement Tuesday in which he announced that the company would suspend ties with the embattled comedian.

“We were shocked and disappointed to learn about the image Ms. Griffin shared today. t was deeply inappropriate and runs contrary to the core values our company stands for,” Edwards said. “In response, Squatty Potty has suspended its ad campaign featuring Ms. Griffin. We have acted swiftly and decisively to demonstrate our commitment to a culture of decency, civility, and tolerance.”

We will be updating this list as it continues…

As you already know Kathy Griffin is in some really hot water over a photo session she had with ‘famed’ Photog Tyler Shields… that of her holding a bloody and detached fake-Trump head.

As written for Steadfast And Loyal:

Griffin was getting ripped on by many many people both on the left and right, it was a sight to see! The image was messed up and many people started petitions calling for her arrest. But now… Barron Trump, President Trumps VERY young son, was watching television at home with his mother, First Lady Melania Trump, when Kathy Griffin’s photo appeared on the screen, and he thought it was real!