A week ago Marinna Rollins, a veteran (who clearly was suffering from PTSD), and her boyfriend, Jerren Heng, tied her service dog to a tree, shot it to death, then uploaded it to Facebook. Police today confirmed that Rollins has died of an apparent suicide.

IF YOU MUST SEE THE VIDEO CLICK HERE. WARNING IT’S GRAPHIC.

They recently appeared in court in connection to the death of their pit bull, a service dog as mentioned before. With the video uploaded to Facebook they said…

“Get him!” Heng can be heard telling his partner in the video, before she fires five shots at the animal.

“Let me hit him. Let me hit him once!” Heng says. Before Heng then fires multiple shots at the animal, its legs briefly shake. “Oh shit, that’s his nerves going,” Rollins says. 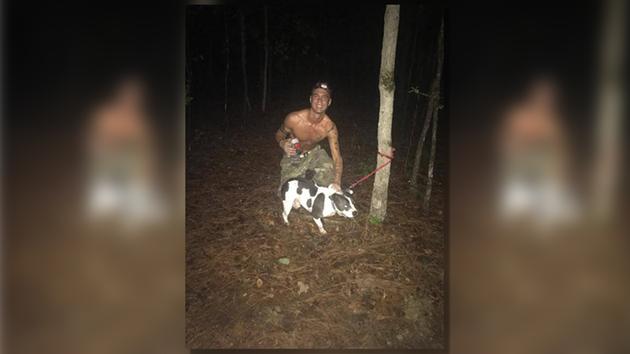 She then drags the dog into a nearby shallow grave. “It’s been real, Cummy. I love you,” Rollins says. “You’re my puppy. You’re a good puppy but—”

We won’t show the exact video but more details are below.

Rollins’ estranged husband, Matt Dyer, a Fort Bragg soldier, adopted the dog, then named “Huey,” before being deployed to Korea for a year. Dyer says that, although he and Rollins were separated, she agreed to care for Huey during his deployment.