Former Secret Service Dan Bongino appeared on Fox News to tell you to “be alarmed” and to not follow the London mayors advice.

He was asked by Fox News Host, “You look at has happened in London, in the ongoing raids in London. Look at it behind us here in Sixth Avenue I mean that type of thing well they go hand in hand. This is a global threat seeking to strike us. What’s your reaction there and what more can we doing here to protect ourselves.”

Bongino stated, “Number one, do not take, under any circumstances, the advice of the London Mayor. With all due respect to him and his office, the worst advice humanly possible is to not be alarmed. Folks listen, don’t panic, don’t overreact. The likelihood of being involved in a terror attack is very small. But be alarmed.” 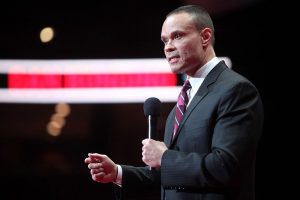 “I spent 12 years as a Secret Service agent in a constant state of low-level alarm looking around. Here’s a good piece of advice for you that will hopefully, one day if you take it, may save your life. Ingress and egress; always remember where you came in a location because it’s not always going to be the place you leave.”

“Be a little bit alarmed. A little bit of alarmed is not going to ruin your life but it can save your butt one day.”