I have stood against Planned Parenthood and the practice of abortion for many years now. It is repugnant to me and just downright evil and immoral to kill an unborn child unless it is absolutely necessary to save the life of the mother in my opinion. Most Republicans that are conservative rather than progressively moderate also take a strong stand against abortion and support the right to life. For years Republicans have been giving lip service to vowing to defund Planned Parenthood. Yet somehow, it just never seems to happen.

This was a huge issue during the 2016 election cycle and it will be a really big one in the next presidential election as well. Again, Republicans swore to defund Planned Parenthood but we have not seen any serious effort to do so since they took control of Congress. Ted Cruz is serious about it as is Mike Lee. So is Rand Paul and he actually took action to defund the abortion group. He’s trying to keep his word by proposing an amendment in a Senate bill that would defund Planned Parenthood. Guess what? The leadership in the Republican Party scuttled it and shot him down. 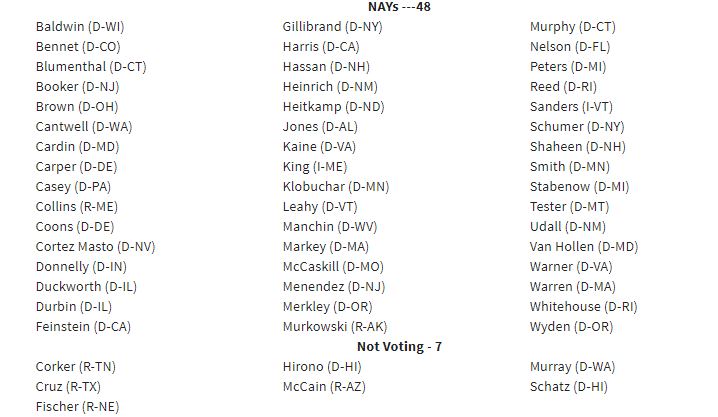 “The Senate rejected an effort by Sen. Rand Paul (R-Ky.) to attach a provision blocking federal funding for Planned Parenthood to a massive government spending bill.

“Senators voted 45-48 on Paul’s amendment, with 60 votes needed to add the provision to the spending bill. GOP Sens. Susan Collins (Maine) and Lisa Murkowski (Alaska) voted with Democrats to oppose the amendment.

“The vote came after Paul was initially blocked from bringing up his amendment. Leadership has agreed to block “poison pill” provisions, which would threaten the bipartisan support for the Defense-Education-Labor-Health and Human Services appropriations bill.

“Paul’s amendment would prevent federal funding from going to the organization and others that provide abortions.

‘Nearly Every’ Top Official At DOJ & FBI Have A Sickening Connection With The Clintons
Tragedy Into Triumph: Vegas Mass Shooting Survivor’s Road To Victory