Grand Berardo, a junior at the Wall Township Highschool, couldn’t vote TRUMP but that didn’t stop him from showing his support. With his parents permission, Grant took his high school yearbook photo in his MAKE AMERICA GREAT AGAIN navy blue shirt.

When it came time for the books to be released, Grant was excited… until he flipped to his picture. Instead of the shirt he wore, all that was shown was a black t-shirt with nothing on it.

“It was Photoshopped” to remove the Trump message, Grant said.

“I sent it to my mom and dad, just like, ‘You won’t believe this.’ I was just overall disappointed,” he said. “I like Trump, but it’s history too. Wearing that shirt memorializes the time.” 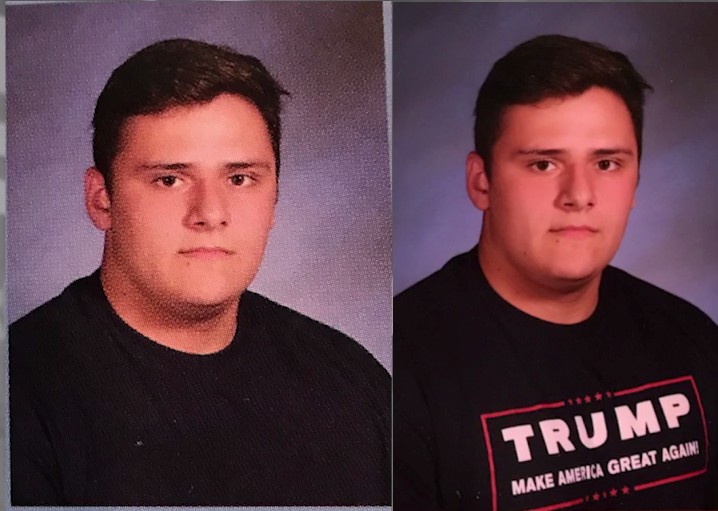 The Superintendent of Wall Schools, Cheryl Dyer, stated Friday that she was investigating what happened and who was responsible, but did not outright condone the alteration.

“Political shirts are absolutely not a violation of the dress code” and there’s no policy prohibiting political messages in school pictures, she added.

“I am quite disturbed by the entire situation,” she said, declining to comment further.