Lindsey Grahm stated in an interview with CNN that health care and tax reform were entirely stalled.

He placed the blame on the fact that Congress was “broken” and that it’s not President Donald Trump’s fault.

Graham said, “In all honesty, I think it’s a stalled Congress. We led off with health care which I think was a mistake. We’ll probably have a vote, but the chance of the House and Senate reconciling their positions on health care is pretty limited. You can’t blame the president for that. That’s just lack of coordination on health care within the party.”

“But we do need presidential leadership,” he continued. “He’s meeting today. Hopefully, this meeting will result in a more unified approach to health care and taxes. If we fail on both, we’re in trouble. So the president is going to have to lead and tweeting doesn’t help, but Congress is more broken than just his tweets.” 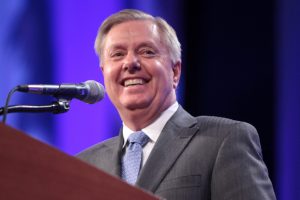