Former first lady Michelle Obama has managed to annoy a few people by launching a voter registration initiative in advance of the 2018 midterm elections.

The not-for-profit initiative, “When We All Vote,” brings together some of Hollywood’s biggest names, including Tom Hanks, Lin-Manuel Miranda, and Janelle Monae. Obama, Hanks, Miranda, and Monae serve as co-chairs of the organization, alongside basketball player Chris Paul and country singers Faith Hill and Tim McGraw. All of which appear to be left wing aligned, but they claim it’s a non-partisan effort which as Chicks On The Right is reporting, has managed to upset a few on the left. 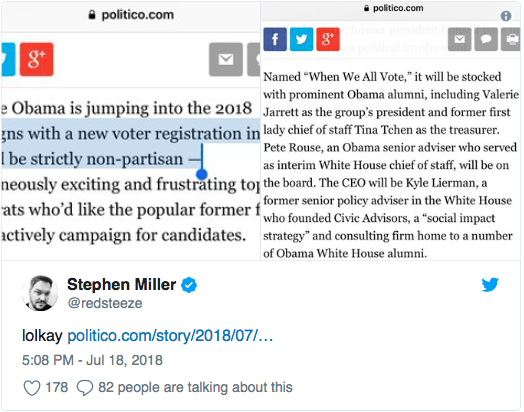 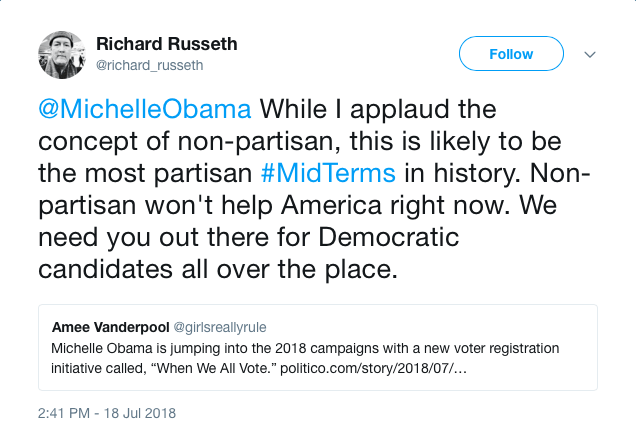 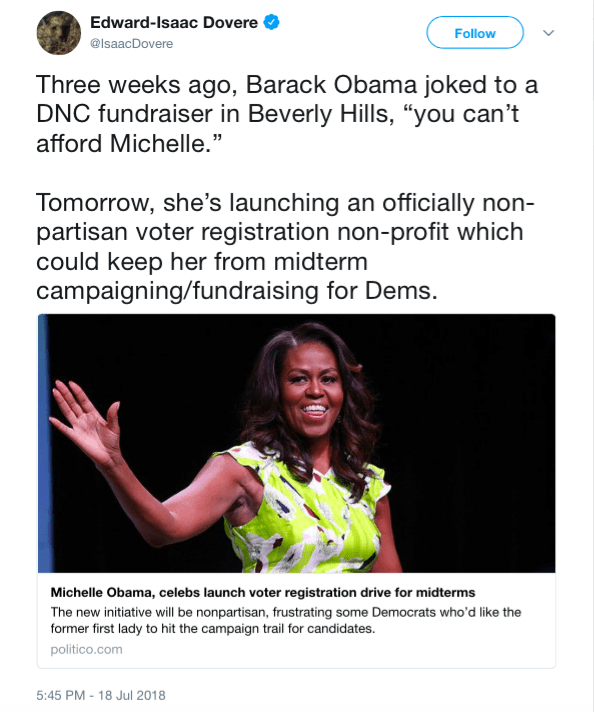 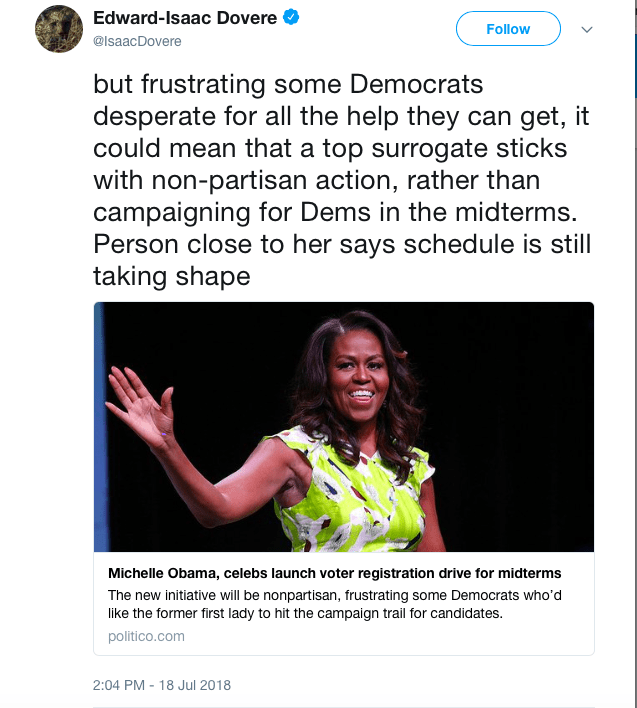 In a statement released earlier this week, Tom Hanks said, “It’s up to each and every one of us to make sure our government doesn’t just represent a small sum — not just the most powerful — but all of us.”

According to goals listed in the statement, the initiative seeks to recruit volunteers who will register voters in their own communities, spark conversation with weekly online and offline efforts and provide voters an easy place to register to vote in partnership with Rock the Vote.

“When We All Vote—a new, nonpartisan, not-for-profit—was created recognizing three critical facts about electoral participation in our country:

These numbers and the reasons behind them should alarm every American. No one organization can dramatically change those numbers alone. But every citizen can be part of the solution—and that’s why When We All Vote is calling on Americans to take responsibility and start a conversation by asking friends, family, and those in their own communities to register, and to show them how easy and important it is to vote in every race—from the school board, to the statehouse, to Congress, and the Presidency.