MSNBC hit the streets and were in process of conducting some street interviews over the weekend to get reactions from “everyday folks” about the James Comey testimony, and during this they seemed to have snuck in a top Obama campaign aide.

Among the interviewed folks was a woman who stated she recently moved to the United States from the U.K., one was in Los Angeles as a tourist visiting from Kansas City – and possibly an Obama campaign aide.

“Where there’s smoke, there’s fire, and the fact that he would make a very specific request to have everybody else leave the office so that he would be alone with Comey, for me, speaks volumes,” a woman named Alma Marquez, identified only as a “Los Angeles Resident,” said during the segment.

So here’s where it gets interesting… Ms. Marquez looks very similar to Alma Marquez who served as the Latino vote director for the Obama campaign in 2008, describing herself as a “community and political strategist.”

It’s not confirmed that it’s the same person but speculation is allowed and you have to admit… the similarities are there.

So here’s a Photo from Twitter of the Obama-Marquez

And here are stills from the interview: 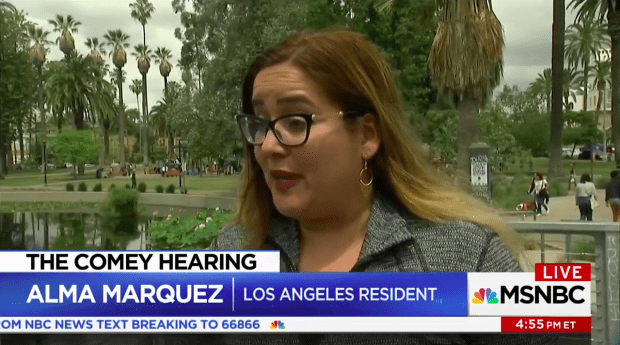 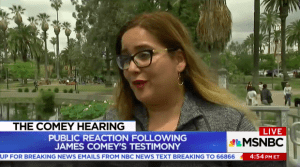 The name, the look, the glasses… what do you think?

Was this an attempt at fake news or just a coincidence ?

Kellyanne Delivers PERFECT Response To Report Calling Her “Blabbermouth”
What Ivanka Finds Most Surprising About D.C.