Liberal Left-wing comedian Jimmy Dore is the host of “Aggressive Progressives” on The Young Turks network. He laid out the case for devious operations being run by the Hillary campaign.

The original plot is revealed in an email John Podesta received on December 21st, 2015 that informed him about the plot to tie Donald Trump to Russia in order to divert attention from Hillary and Uranium One. After her loss, she doubled down, trying to exact her revenge on the man that demolished her in the election.

Neither one worked for her, but then, she probably isn’t overly used to success anyway.

From The Gateway Pundit

As TGP reported on Sunday Jimmy Dore gave a speech using facts and public documents to expose the origins of the Clinton-Podesta Trump collusion narrative.

Of course, there was never anything there between Trump and Russia.  Russia was the furthest thing from the Trump campaign.  But, as Jimmy Dore explains, Hillary Clinton knew her biggest vulnerability was the fact that she sold off one-fifth of US uranium to the Russians for a few hundred million and a half-million dollar speech to Bill Clinton from Putin.

So John Podesta devised the lie to project on Trump that he was the candidate colluding with Russia.

It was all initiated by the Clinton inner circle.

In December 2015 the plan was devised to “slaughter Donald Trump” by linking his to Vladimir Putin and Russia.

And John Podesta was the key player behind the scheme.

This email was leaked by Wikileaks and revealed John Podesta and Hillary’s inner circle’s plan to “slaughter Trump.” 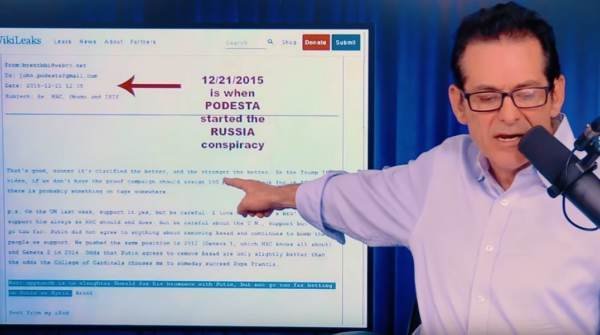 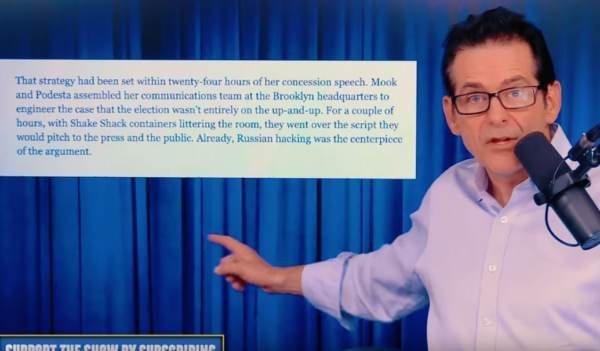 UPDATE: The highlighted name after the sentence in the email to Podesta is brentbbi@webtv.net. A cursory search reveals that this email belongs to Brent Budowsky, a HuffPo contributor, who has also worked for Democrat politicians and is a member of the International Advisory Council of the Intelligence Summit. This appears to be one of the initial discussions on framing Trump and his campaign with Russian lies.