Over the last year and a half, I have watched Trump supporters get targeted, harassed and at times physically assaulted. Many times it is for something as simple as wearing a shirt or a hat that enrages the attacker. I find that kind of behavior inexplicable and inexcusable. It doesn’t help that a number of the incidents have happened at schools. That should just never be the case ever.

Students are learning bad behavior by example it would seem. According to KOVR-TV, the incident occurred Monday at Union Mine High School in El Dorado, California. A high school senior was arrested yesterday after she flipped out over a “Make America Great Again” hat. She went into a profanity-laced tirade against a fellow classmate over that hat. Union Mine High School student, Jo-Ann Butler, 17, was suspended for one week and faces two counts of battery: one against her classmate for grabbing his MAGA hat and the other against her English teacher, whom she slapped as he escorted her out of the classroom. All of that was caught on a cell phone according to CBS Sacramento.

“That’s a racist and hateful symbol,” Butler indignantly stated, adding she took out her anger at the student to “wake people up in some type of way because it’s not cool the environment our classroom is in.” Well, it’s certainly not cool what she did about it. I am sure that charges will be placed and not dropped over this. She slapped a teacher for Pete’s sake and realized what a big mistake that was just a little too late. Who does that? Points to the teacher for not smacking her back. That took self-restraint I’m sure. 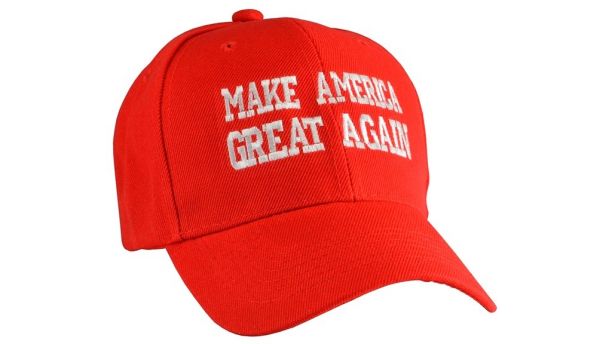 The school district’s policy allows students to wear political gear. El Dorado Sheriff’s Sgt. Anthony Prencipe stated that Butler started “verbally berating” her classmate for wearing the pro-President Trump hat. I guess that preceded snatching the hat off the kid’s head. Then she threw it on the ground. No word if she stomped on it. The teacher then asked Butler to leave the classroom. Instead, she came back in yelling and arguing again with the hat’s owner. Prencipe says the teacher stepped in to hold back the angry student, who then slapped him on the arm. Can you imagine what would have happened if she had slapped his face?