The country that we are living in today is growing and turning into something that more and more resembles China or “1984”.

In George Orwell’s 1984, the government employs a number of tactics to control its citizens, including censorship, surveillance, and manipulation. While many Americans would like to believe that our country is vastly different from the dystopian society described in the novel, the truth is that we are becoming increasingly more similar to Orwell’s vision of the future.

Censorship is on the rise, with news outlets being controlled by a small number of corporations and the government exerting more control over what information is available to the public. Surveillance is also becoming more commonplace, as technology enables the government to track our movements and monitor our communications. And finally, manipulation is being used to control how we think and feel, through propaganda and false narratives. It is becoming increasingly clear that America is not as far from Orwell’s vision as we would like to believe.

China is the most heavily surveilled country on the planet. I was reading about this recently and while I don’t remember the exact number, it was something along the lines of China having more than one camera per citizen in major cities. It’s ridiculous. But the United States is number two with one camera for every four citizens in major cities.

But what’s becoming really scary is how the Biden regime is going after people who are spreading what they consider to be disinformation. In fact, if you’re spreading disinformation regarding the election or candidates, then you may be approached or at least monitored by the Department of Justice according to some new information released by Project Veritas.

Take a look at this: 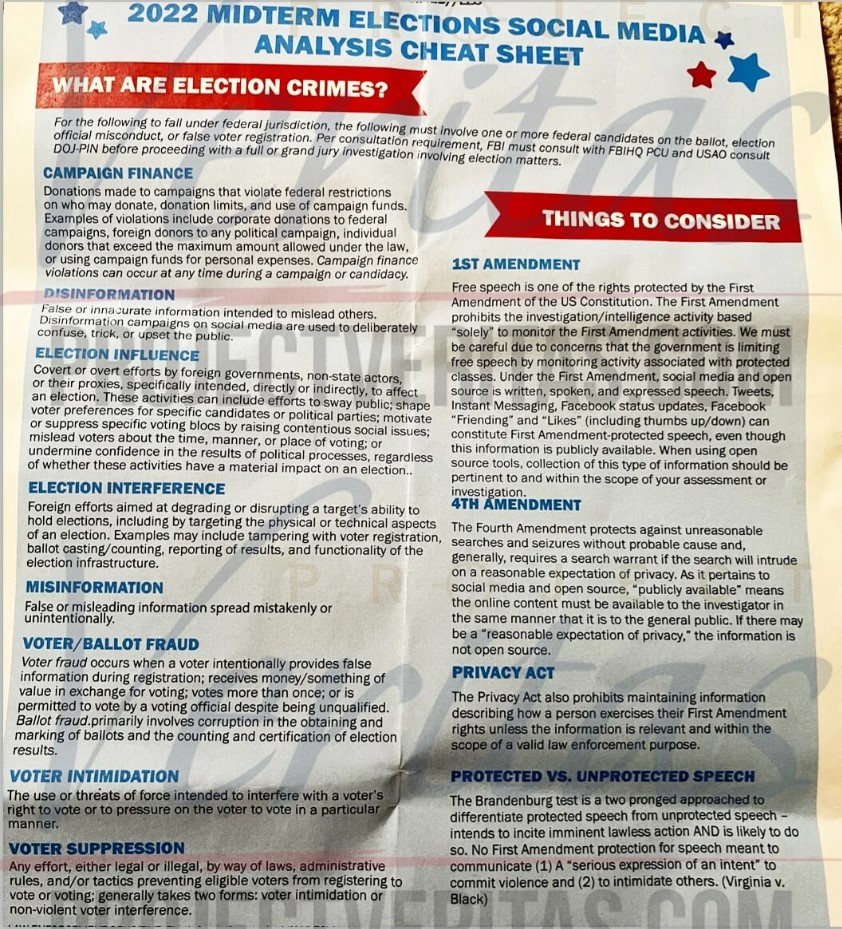 You may actually be guilty of “election crimes” if you share what they believe is “false or inaccurate information”. So just be careful about what you’re sharing nowadays.

Tightwad Grandma Charging Her Family for Christmas Dinner, Even the Grandkids!

You Won’t Believe Who Arranged the Trump, Kanye, Fuentes Dinner, “I Will Have Vengeance”

SHOCKING! Arizona Board of Supervisor Coerced to Certify 2022 Election