Dayton Ohio Shooter Was A Registered Democrat…Here’s the Proof!

Less than 24 hours after the shooting in El Paso, TX another shooter

But here’s something you’re not going to hear on the news, Betts was a Democrat.

Wait a minute! I thought only Trump supporters are violent lunatics who kill people.

Nope. In fact, most mass shooting gunmen are Democrats. Go figure that one out, it shouldn’t take you too long.

According to Fox News,

Dayton Deputy Director and Assistant Chief of Police Lt. Col. Matt Carper identified the gunman as 24-year-old Connor Betts. His sister, 22-year-old Megan Betts, was among the nine killed, according to Carper, who added that all of those killed during the rampage were shot in the city’s Oregon District around Fifth Street.

Betts was killed by police less than a minute after he opened fire with a .223-caliber rifle in the streets of the Oregon District around 1 a.m. Sunday in the second U.S. mass shooting in less than 24 hours after at least 20 people were slain in El Paso, Texas.

Betts was a registered Democrat who, according to information made public by the state of Ohio, voted in two elections. He allegedly murdered 9 people, including his sister Megan Betts, this weekend in Dayton, Ohio.

Take a look at the records yourself. 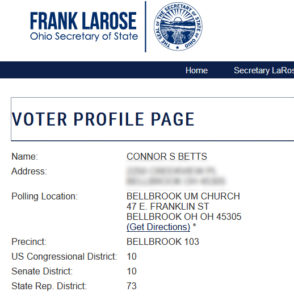 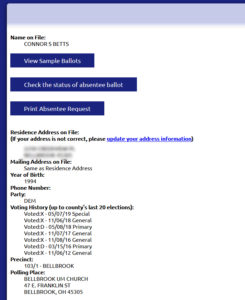 I’m sure the media is going to try and twist the story in some way and blame this all on President Trump or claim he’s a Trump supporter or something along those lines, but we know better and have the proof to back it up.

Tightwad Grandma Charging Her Family for Christmas Dinner, Even the Grandkids!

You Won’t Believe Who Arranged the Trump, Kanye, Fuentes Dinner, “I Will Have Vengeance”

SHOCKING! Arizona Board of Supervisor Coerced to Certify 2022 Election