Kylie Jenner is officially a “policy error”. The youngest member of the Kardashian-Jenner clan has officially been anointed “the world\’s youngest self-made billionaire” – of course, if you remove “self-made” from the title it still holds true. Forbes arrived at this conclusion by factoring in her $100 million in cash, plus the now $900 million valuation for her booming “Kylie Cosmetics” business.

Which could be a problem for the left, since, as a reminder, everyone\’s favorite freshman congresswoman (AOC) recently suggested that the mere existence of billionaires was both immoral, and a threat to American democracy.

“I do think that a system that allows billionaires to exist when there are parts of Alabama where people are still getting ringworm because they don’t have access to public health is wrong,”

The ‘selfie-made’ Jenner started her Kylie Cosmetics line in 2015 by offering her now-ubiquitous “lip kits” via online sales which all sold out in minutes as her legion of fans scrambled to get their hands on one. The business achieved explosive growth: it posted $360 million in revenue last year, compared with $0 just three years prior. 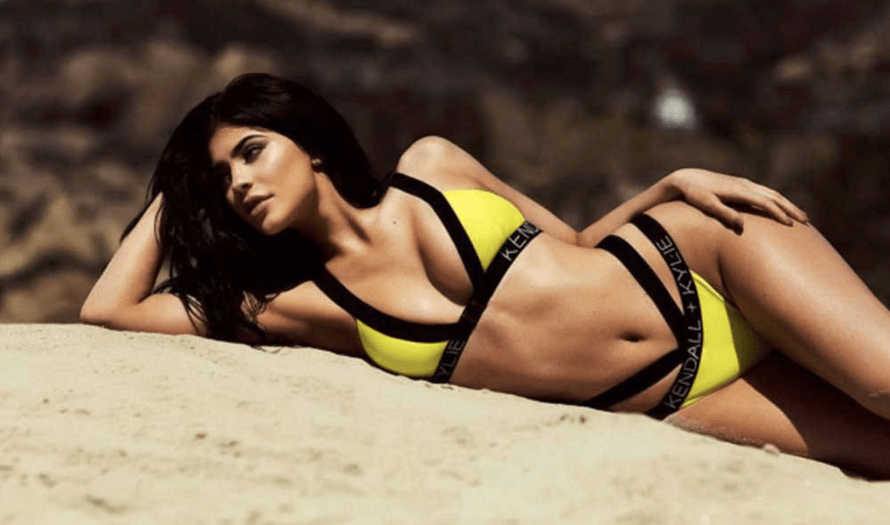 For Jenner, her company\’s astounding success was a surprise. She told Forbes that she “did not foresee the future” when it came to the success of her products – she was just trying to sell some makeup and monetize her massive social-media following (she has 128 million followers on Instagram.

With that kind of growth, and even using a conservative multiple from the booming makeup industry, Forbes estimates Jenner’s company is worth at least $900 million. She owns all of it. Add in the cash Jenner has already pulled from the profitable business, and the 21-year-old is now a billionaire, with an estimated fortune of $1 billion. She’s the youngest-ever self-made billionaire, reaching a ten-figure fortune at a younger age than even Mark Zuckerberg (who was 23 when he hit that mark).

“I didn’t expect anything. I did not foresee the future,” says Jenner, who is the youngest billionaire in the world. “But [the recognition] feels really good. That’s a nice pat on the back.”

The breakthrough for Jenner came when she partnered with cosmetics retailer Ulta to begin selling her lip kits in stores. When her products first hit the shelves, they ignited a sales frenzy that surprised her partners.

When Kylie Cosmetics launched in Ulta in 50 states, the reaction was a real-life version of the online rush Jenner created years earlier, when her initial kits sold out online in less than a minute. Ulta shoppers went wild. In some stores inventory was gone in hours. “It sold out faster than we planned,” admits Tara Simon, Ulta’s senior vice president of merchandising.

Ulta and Jenner are a sensible pairing. With Ulta’s mix of pricier prestige brands, like MAC Cosmetics, and cheaper selections, such as Nyx Professional Makeup, it has a larger footprint than that of its closest competitor, the more expensive Sephora. Analysts say Kylie Cosmetics is drawing younger customers through Ulta’s doors—teens who might not have a credit card to shop online. Plus, selling in physical stores gives Jenner a chance to reach “people that would never buy my products online,” she says. The ones who want to “see, touch and feel before they buy.”

Ulta provides access to a wide swath of America – more than just kids on the coasts – with stores across middle America. (It also has 714 more standalone stores than Sephora.) Ulta, meanwhile, gets a brand that requires no marketing push. So far, the retailer hasn’t spent a dime on traditional marketing to launch the brand in stores, which is “unheard of,” Simon says: “[Jenner’s] ability to communicate with well over 120 million people in a snap has a lot of power.”

In recognition of this milestone, I think Jenner\’s followers would all like to know: What are Kylie’s feelings about a 70% marginal tax rate?

And let’s face one fact… AOC seems to not realize that she’s a freshman and falsely believes she has way more power than she really does. Here’s Karl Rove with more…

Bernie Reveals 2020 Plans That Would Hurt the U.S. Military
Berkley Thug Got The WORST News Of His Life, It’s About Time!