The evidence that Joe Biden is a fraud is right in front of our eyes.

The media wants us to believe that this man is more liked than Barack Obama and President Trump who both set records in voting, but one of the key differences is that Biden managed to get this astronomical number of votes by winning only a small fraction of the counties in the country.

President Obama won in 2012 with a record 69 million votes winning 873 counties. President Trump won 2,497 counties and a record-shattering 74 million votes, and they expect us to believe that Joe Biden shattered both of those records with a measly 477 counties and somehow getting 81 million votes?

The media has been working tirelessly in order to try and cover this fact up. Proof of just how disliked he is have been seen ever since he was sworn into office.

We have actually seen YouTube trying to cover this up by deleting dislikes and boosing likes, but they can’t get rid of them all.

Now a new website has been created that tracks the actual number of likes and dislikes and reports them against the numbers that YouTube corrects and reveals just how much they’re manipulating the data.

If this were truly the most popular president in the history of our nation, then you wouldn’t bee seeing these sorts of numbers. 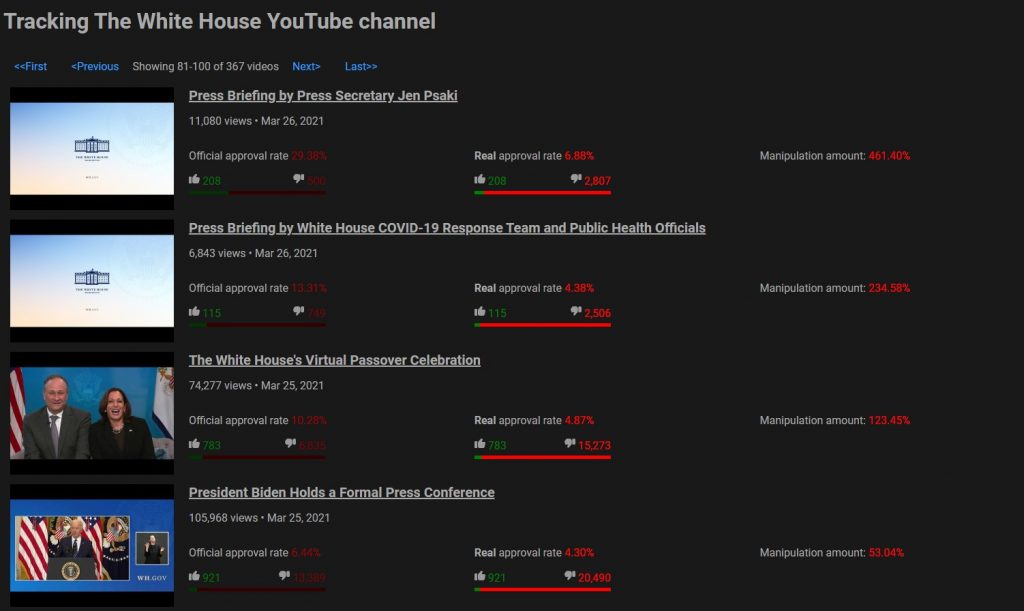