The number of women that are accusing New York Governor Andrew Cuomo of sexual misconduct is continuing to grow.

Just this week, a ninth woman came forward to accuse Gov. Cuomo of being too up close and personal, even kissing her in front of her husband.

How many women need to come forward before this becomes enough for this dirtbag to resign? He’s just drawing this out and honestly costing the state who knows how much money to take the steps necessary to get him removed from office.

This ninth woman has accused Gov. Cuomo of grabbing her and kissing her back in 2017. And guess what…there are pictures!

Sherry Vill was actually married at the time of the incident and it looks like her husband was standing there as this happened. 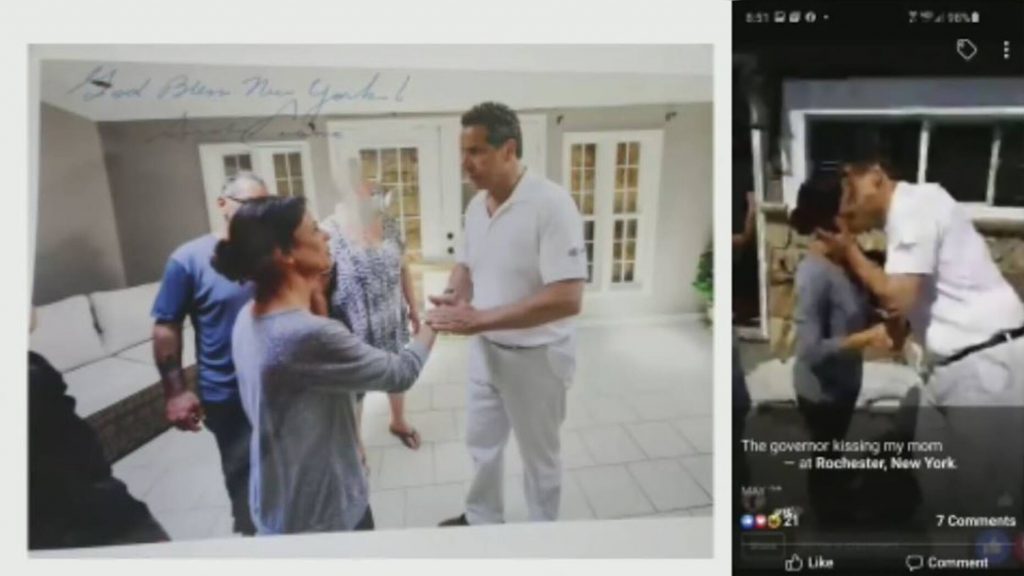 “I know the difference between an innocent gesture and a sexual one,” Vill said during a virtual press conference. “I never felt as uncomfortable as I did the day Governor Cuomo came to my house. His actions were very overly sexual, highly inappropriate and disrespectful to me and my family.”

“For years she wanted to report what Governor Cuomo did to her, but some members of her family discouraged her from filing a complaint, because they wanted to protect her and feared that if she made what happened to her public that the Governor might use his power to retaliate against her and her family,” Allred said.

“After our press conference today, we plan to contact the New York Attorney General’s office in order to inform them that Sherry is willing to cooperate in the investigation that is currently being conducted into numerous allegations of sexual harassment by the Governor,” she continued.

Look, I get the idea that he’s Italian and Italians kiss, but as Vill makes mention of in the video below, Italian family members and friends kiss, not strangers. Just because everyone knows that he’s the governor and knows his face doesn’t make him a friend or family and it was inappropriate.

Fauci’s Latest ‘Recommendation’ Is the Worst One Yet

CNN Gets a Taste of Its Own Pathetic Propaganda (VIDEO)