Freemasons, Bohemian Grove, Skull and Bones. Most of us have heard of these secret/not-so-secret societies. But what about the Veiled Prophet Organization?

Most people probably haven’t heard of that one, but it may be along the same lines as the Freemasons, but with some more controversy.

The thing that’s really making the group controversial is learning about the involvement of actress Ellie Kemper in the organization.

Ellie Kemper, for those of you who may not know her, played the receptionist Erin on the show The Office. She is also the “Unbreakable Kimmy Schmidt”.

Old photographs have resurfaced recently showing Kemper dressed up and participating in the organization at an event. The reason why this is controversial is because it is alleged that the organization historically celebrated the wealthy white elite while excluding Black members.

I don’t know what this fascination about digging up peoples’ past that liberals get a kick out of, because everyone has things in their past they they may have done that they would denounce today.

According to the organization’s website, “Each year, approximately sixty to seventy young women are chosen for their outstanding community service efforts and walk down the magnificent 72-foot-long Veiled Prophet runway in fashionable couture gowns, and in front of family and friends, are presented and honored for their contributions.”

Kemper was actually crowned Queen of Love and Beauty in the organization in 1999…so we’re talking about over 20 years ago when she was a teenager. 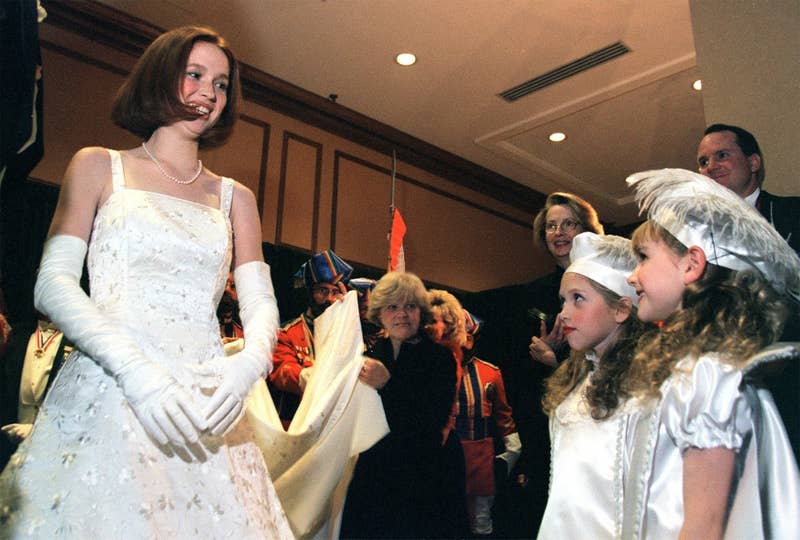 At present, I don’t honestly know a lot about the organization yet, but regardless, I don’t think we should care about what she was a part of (probably because of her parents) more than 20 years ago.

WATCH Brits BASH Biden: “So Senile He Probably Won’t Remember What We Tell Him Anyway”

Dominion Machines’ Secret Backdoor Discovered in Michigan – This Could Change Everything