Am I surprised that it’s come to this? Not really. Nothing surprises me with the media and how far they’ll go to push their agenda. You can lump the Democrats in with that as well.

At the end of last week, Rolling Stone released a story claiming that Oklahoma Hospitals were overwhelmed by people “overdosing on horse dewormer” which left victims of gunshot wounds waiting for someone to see them.

According to the Rolling Stone article, the whole thing is based on one guy’s claim:

The rise in people using ivermectin, an anti-parasitic drug usually reserved for deworming horses or livestock, as a treatment or preventative for Covid-19 has emergency rooms “so backed up that gunshot victims were having hard times getting” access to health facilities, an emergency room doctor in Oklahoma said.

“The ERs are so backed up that gunshot victims were having hard times getting to facilities where they can get definitive care and be treated,” McElyea said.

This was disproven almost immediately after the Northeastern Health System Sequoyah put out a statement: 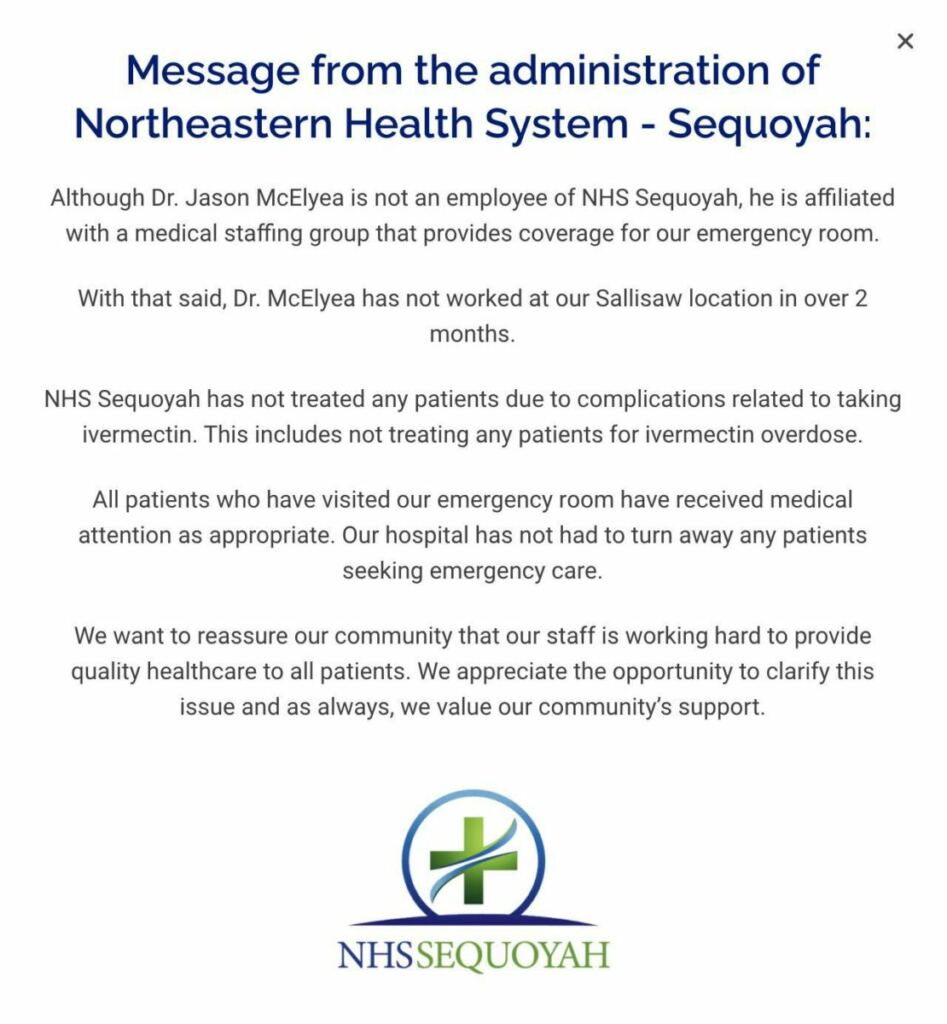 The guy doesn’t even work at the hospital, but he claims to have seen these patients. And several media outlets ran with this story without verifying it.

Rolling Stone is far from the only media outlet to write up the story after Jason McElyea made his remarks to a local Oklahoma station.

The Hill, The Guardian and BBC are some of the others to publish stories based on the doctor's claims. None have updated their pieces as of now pic.twitter.com/E7xMThtO0P

What I would have liked to have seen is Twitter banning them for spreading false information like they would if the shoe were on the other foot.

They’ll ban everyone else on social media for spreading “misinformation” aka data that disproves their agenda, but when it comes to sharing a purely fabricated tale, they just let it slide.

One thing I can say for certain is that when there is this much of a fight against something from the liberals, they’re purely trying to control the narrative and keep the truth from people.

It really does still blow my mind that people can be so against something that has, in my opinion, been proven to work. I don’t know what they need to accept that it works because after 63 controlled studies and 31 randomized controlled trials, that should be enough evidence to suggest the efficacy of the medication. Fewer studies were conducted on the vaccines before they were approved for emergency use.