Who Were the Real Slave Owners At the Height of Slavery? – It’s Not Who You Think

With all of the talk of slavery in our country today, I think it is important to try and do my part to give everyone a better understanding of slavery in America back in the years leading up to the Civil War.

The left want to basically claim that all white people are guilty of having a slave owner in their family, but is that accurate?

When you look at the 1860 Census data and take the averages you end up with about 1.3% of the population in the United States that actually owned slaves at the height of slavery. 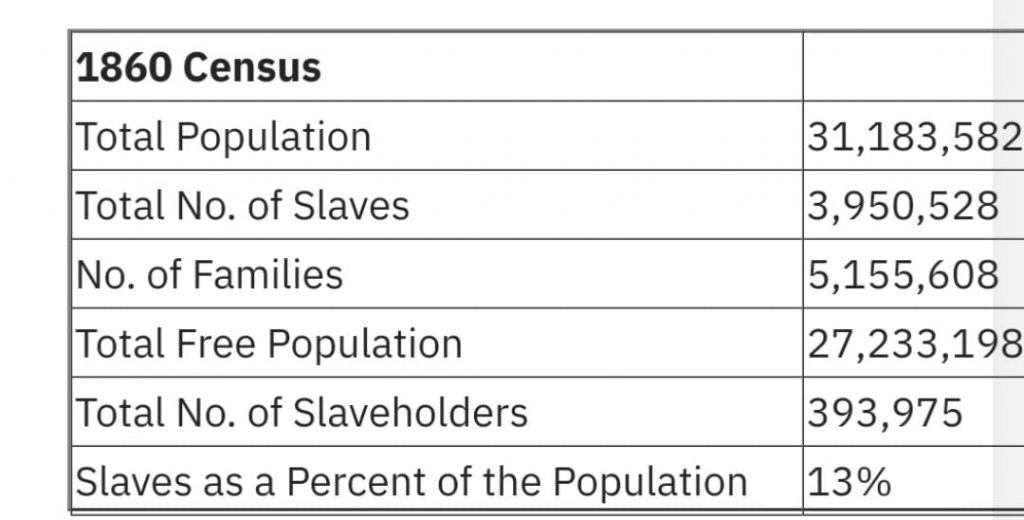 This includes slave owners that were white, native American and black. All three peoples owned slaves.

But here is something more important. Look at these names:

Why mention those companies you may wonder. It’s because I want to show you the correlation between large corporations and slavery.

Since the census data reflects that approximately 1.3% of the population owned slaves, I would feel safe saying that the majority of slaves were owned by big corporations, given the way that they are enslaving us and marketing social justice now.

Most of the white working-class Americans you walk past every day on the street probably have no direct connection to a single slave owner. On the other hand, the U.S. corporate nepotism machine has a slew of them.

These same institutions that profited from slavery also profit from private prisons.

Scapegoating slavery solely on anyone white was done on purpose, as usual, to keep us from looking at the 1%. The top global corporations who enslave us today.

Slavery was a business model, not just something that people did for fun. And those on top of the economic business chain today solidified their positions due to slavery. They built their successful businesses on the backs of slaves.

Your average blue-collar or 9-5 working white person likely does not have a bloodline connection to a single slave owner while Jacob Rothchild does.

At the end of slavery, these corporations still needed a way to maintain control of their fortunes without being so they made the face of slavery the white man, in general, to steer the spotlight off of them.

This way the poor whites and poor blacks would have friction while the wealthy elite who were the primary benefactors of slavery can play on both sides to keep the attention off of themselves.

Everything ill that happens to society from the Holocaust to slavery was propagated by the same rich banking cartels to include our endless wars.

The white co-worker or supervisor is not the enemy, in fact, he has the same enemy that every American does!

They will always push race issues as people start to wake up to keep the heat off of themselves.

The same corporations that enslave us in debt now were the same ones who enslaved people then.

At best a few suburban white families may have held some in-home servants but it was the wealthy elite who provided, and established the largest plantations.

Ironically roughly 1.3% still control all of today’s wealth so those rich people screaming Black Lives Matter while marketing products are wealthy due to slavery and are unapologetic of it.

The white taxpayer doesn’t owe anyone any reparations. IF anyone owes reparations it’s the large corporations that were built on the backs of slaves.

So let’s all get along with one another.